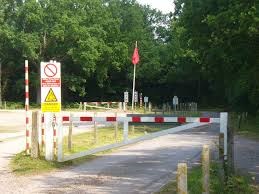 In recent months, constituents have been vociferous about the widespread erection of fencing in the Aldershot, Sandhurst and Pirbright areas.  This has prevented casual access to DIO controlled MOD land and denied the opportunity to enjoy the recreational freedoms that have been possible for years, particularly in terms of walking, cycling and other low-level pastimes.  The Defence Secretary confirmed that this is part of a deliberate strategy to preserve the integrity of these areas for military training – for that is why they exist – and to prevent unlawful access from trial bikes, vandals and other illegal activity.

A quick resume of salient points is as follows:

In summary, the Defence Secretary has noted that the recent annexation of MOD land has not been warmly received in parts of Surrey, Hants and Berks but that a full period of consultation will be afforded.  The freedoms that many have previously enjoyed will be factored into any future policy but this relative impunity for casual recreational purposes is unlikely to be maintained.  Those seeking legitimate access in the future are still likely to be given plenty of opportunity for doing so but this will be routinely deconflicted with military activity on a priority basis and subject to more formal local notifications.