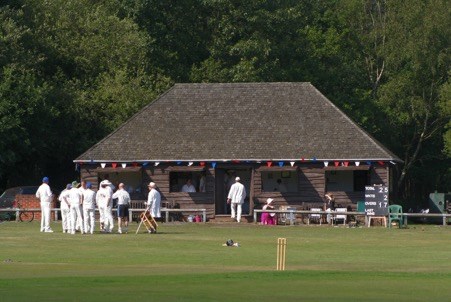 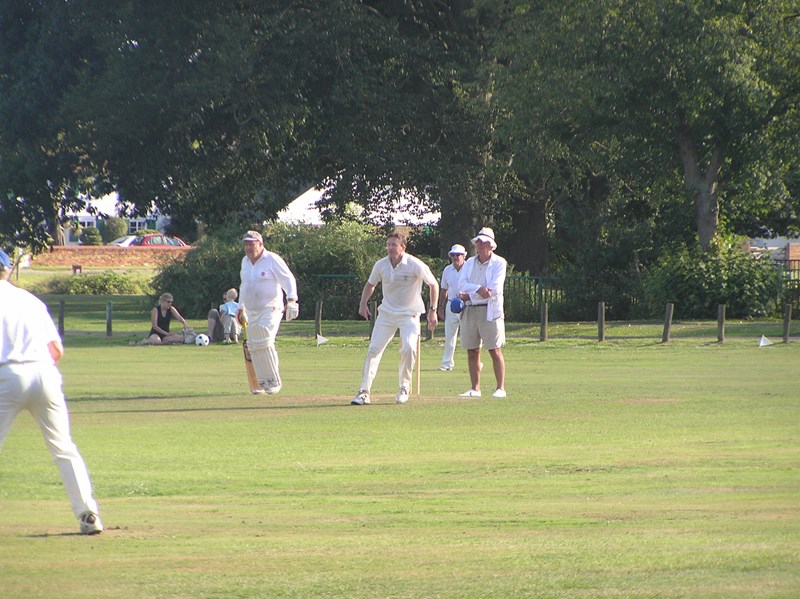 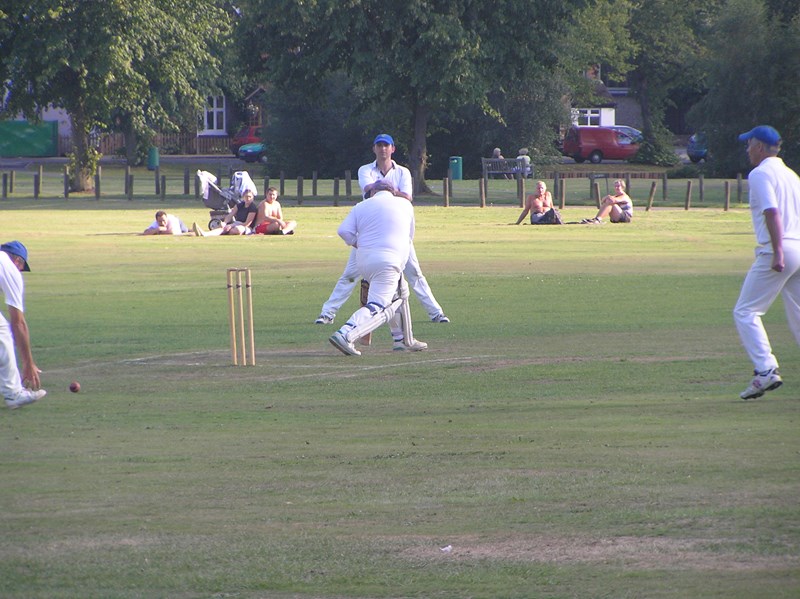 Local records show that cricket was played in Pirbright more than 200 years ago and the present pavilion was given to the Parish Council in a Deed of Gift by a prominent local family.

We are very proud of our cricket heritage in the village and many fine players have played for the club over the years. The club has been a member of the I’Anson league formed of clubs in West Surrey and East Hampshire since 1998 and has enjoyed a successful playing record in that time. League cricket is played on Saturdays from April to September and is ideal for members wanting the challenge of playing competitive cricket. We also have a very attractive list of friendly games on Sundays, mostly at home against nomadic clubs from London who love to come to Pirbright to play cricket, some of whom have been regular visitors for over 50 years.

Considerable investment has been made to improve playing facilities. A comprehensive draining and reseeding programme has been introduced and a cricket pitch maintenance contract signed with a specialist contractor. Cricket covers, practice nets and portable goal posts have been purchased. The most exciting development in recent years has been the launch of Pirbright Youth Cricket for the 2020 season under the close guidance of recently appointed and very experienced Surrey coach, Chris Smith. The initiative has already produced some encouragíng results and we look forward to some rapid growth in playing members in the near future.

To secure the future of cricket, football and other sport and leisure activities for the next century the major capital project for the cricket and football clubs in Pirbright is to replace the existing pavilion which has been a feature in the North West corner of the village green since it was constructed in 1957. Unfortunately, the existing building is no longer fit for purpose and doesn’t reach the standards required by the Football Association and the ECB, so we are planning for its replacement with a modern facility that provides state of the art facilities for a range of sports. We began the planning process in 2017 with the appointment of the a committee, with representation from the cricket, adult and youth football clubs and Pirbright Parish Council. We announced our outline plans to about 100 Pirbright residents at LPH on 22nd November 2017 and commissioned a feasibility study and initial design work in early 2018, followed by a detailed Planning Application to Guildford Borough Council which was approved in full by the Planning Department in July 2019.  Fundraising was interrupted by Covid 19 but resumed in 2021 - culminating in a successful bid through Your Fund Surrey. A £300K grant has been agreed and the new Pavilion can become a reality.

The new building will be a single storey, timber framed structure with timber cladding to fit in with the local environment, with total floor area of 188 sq, metres, almost twice as big as the existing building. One aspect of the present pavilion that will continue to be an attractive, highly visible feature of the new building is the very popular clocktower, which was presented to the club by the club Chairman, Peter Austin, in memory of his parents, John and Elizabeth Austin. The interior will be fully accessible, with level entrances, larger showers and changing  facilities for players and officials of both sexes, there will be a kitchen, cafe and bar and a club room suitable for yoga, pilates, book clubs, bridge, table tennis and other group activities for adults and youngsters. We also plan to build a petanque terrain in the area behind the pavilion, which we believe would also be used extensively by all age groups including disabled members. Pirbright has a very active Twinning Association with the French town of Cagny and international petanque matches could become popular in the village (more on the Twinning Association on this Website, under the "Community" heading).

There is more to do on the fundraising requirements, but we are hopeful of making a start on demolition and site clearance at the end of the 2022 season.

To get involved in this exciting project, please contact the LPH Secretary, Victoria Everton via email: LPH@pirbright-pc.gov.uk